Writing about yourself is weird. Where do I even start? Well, I grew up in a very small town in Iowa where you can get a very "Midwest Famous" burger (Canteen not Maid-Rite - although Maid-Rite was there also - but who cheats on the Canteen?!). I discovered photography when I was a child. It wasn't a passion of mine until I finally learned how to properly use a film camera in 9th grade. I walked to the park near my house and photographed the flowers and trees for homework. I can't explain what it felt like when I printed those first images myself in the dark room at school for the first time. So much work was involved from beginning to end, and when it was all over I had this tiny piece of fancy paper with my image on it. I made it- it was mine. (It wasn't even a good photo, but to my 15 year old self it was amazing). I can't even find the original print but it looked like this (taken from the same spot years later). I thought I was the coolest. 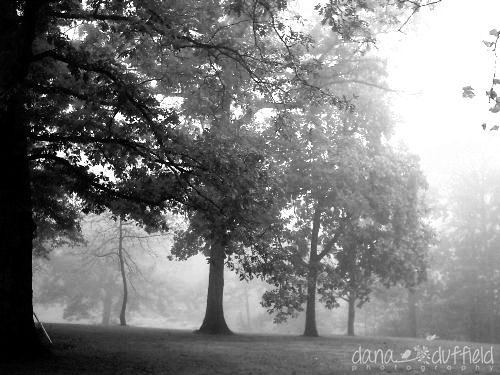 Photography stuck around after that. I didn't really have the time or money to pursue it, and like everyone else my age I only owned a pocket point-and-shoot film camera. Film and developing was expensive for a kid with barely a part time job and I couldn't just use the school dark room and materials whenever I wanted. Every frame was super important so every frame was devoted to what else? Awkward group selfies with the hideous flash on. Remember, this was before cell phones. What? There was a time before cell phones? Most of you taking the time to read this are somewhere nearish to my age so you probably remember. If we didn't have cell phones we definitely didn't have camera phones. I think there was some strange Polaroid camera that printed out teeny tiny sticker prints at the time but the prints were so small you couldn't see any detail and the film so expensive we stuck to regular cameras for commemorating every important event in our lives. Like running into a friend in the hallway between classes. Friday night high school football games at Schafer (Go Bulldogs). Or being weird at lunch. You know - really important things. 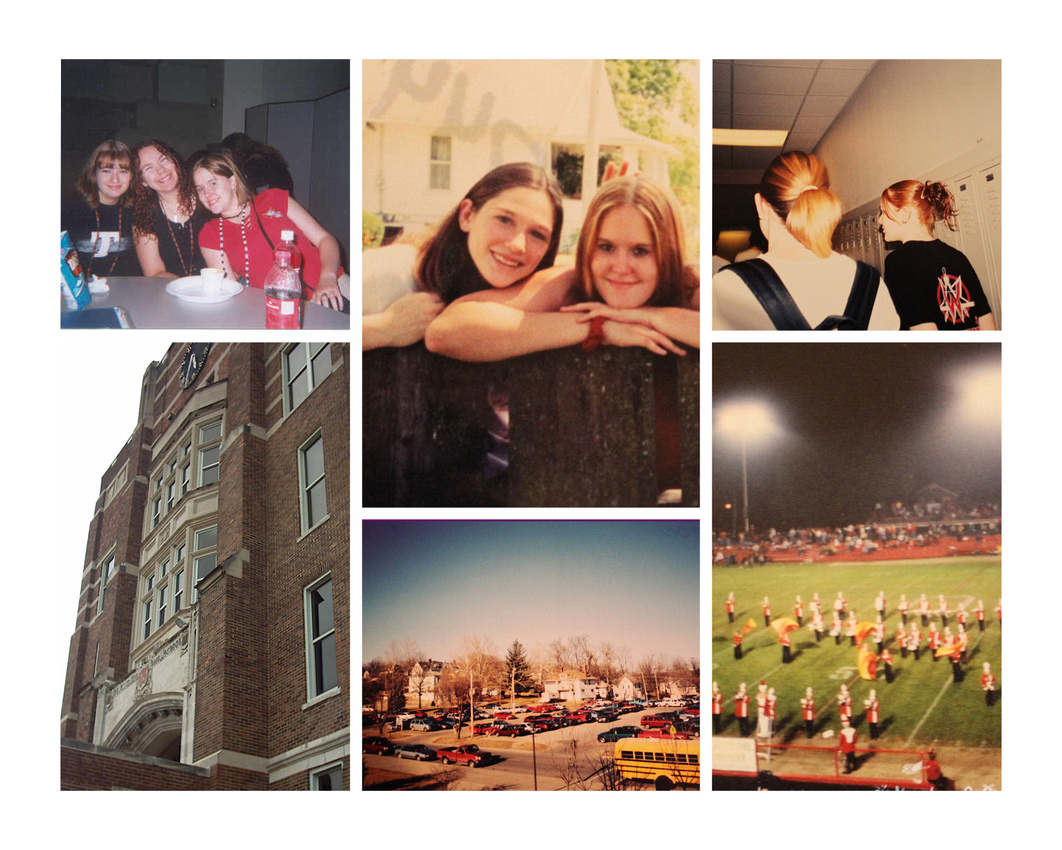 Back in the DayHigh School Days & Nights

So time rolled on by, like time usually does, and photography was put on the back burner. I went to school, went to work, did my after school activities and found other ways to fill my time. Pretty soon it was 2004 and I found my first digital camera. Wow the possibilities! We didn't have to worry about film anymore! We could make mistakes with reckless abandon. So I did. I photographed anything and everything and thought I was a true artist. Check out these gems from that summer. I wish I could disable the auto-watermark for these. Sheesh.

Wowzers the pixelsMy memories aren't this pixelated but they say the camera never lies so it must be true. . .

Holy wow look at the quality! It was so magical. Magically pixelated and a mess! I could stand in a place and push a button, and whatever I saw in front of me would be saved forever. I knew I was on to something here. It took me a few more years to hone my "craft".

In 2007 I found myself living in Las Vegas. Working retail in a tourist mall and unsure of what I wanted in life. I still loved photography but I was pretty stinky at it and knew part of the problem was equipment. So I saved my pennies and went with my boyfriend (now husband) and upgraded my digital camera. Here is where the story gets really weird and even now, I can't help but wonder why things happened this way (or even happened at all). Isn't everything that happens to us just a stepping stone to where we all inevitably end up?

I stopped by Fry's Electronics and picked out my fancy new camera, a Kodak Easyshare. I think it had a whopping 6 megapixels. On the way home I couldn't resist opening the box in the car to play with my new toy. On the way home, we saw my Dad's old Cadillac parked outside of a gas station and I asked my boyfriend to make a u-turn so I could show my Dad my new camera. What Dad doesn't love new electronics?! So we parked and went inside.

The camera had no memory card in the slot, and hadn't been charged. I realized later that it had a small internal memory and it had no reason to come with a charge in the battery, but it did. What cameras come with battery and storage ready to go right out of the box? I think it was luck, or just a symptom of the times but whatever. It ended up being fate. 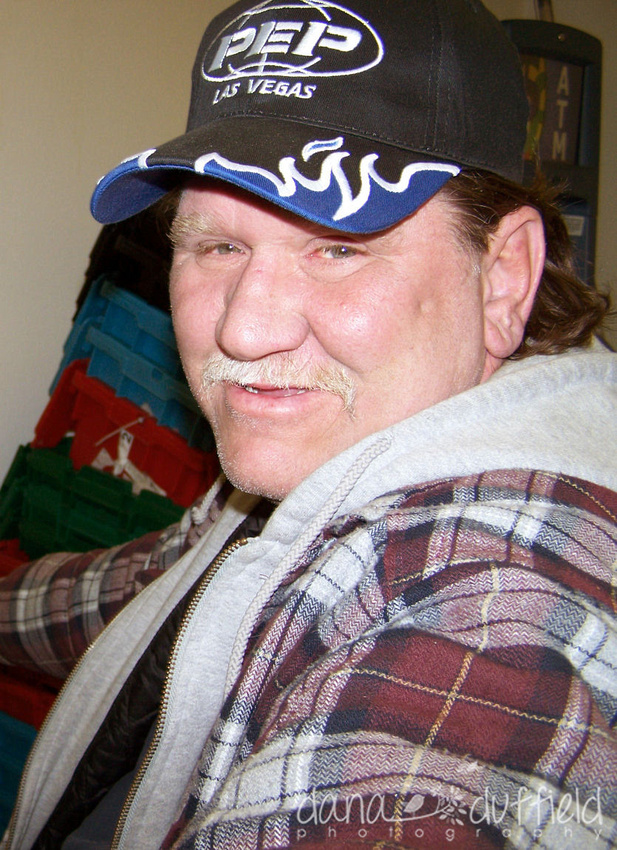 It had a sweet pop-up flash and those 6 megapixels really brought out every single beard hair and pore. To me, the quality difference was amazeballs. He thought it was neat, and after I took a few shots we left because why hang out in a gas station? It's not the coolest weeknight hangout spot let me tell ya. Not long after, he passed away suddenly of a massive heart attack. He was only 47. This became one of the last images taken of him. Wow.

Twist ending! Crazy right? I can joke about it now because it's been 10 years, and my Dad was a total goofball. I'm sure wherever he is now, he still laughs at me shooting the lens cap at his face when I turned the camera on. Anyways, his passing away so suddenly was really, really rough on our family. He was there, and then he wasn't. It didn't make sense. Things got really bad and stayed that way for quite some time. I remember right after he died, I sat alone thinking to myself. Did he still have his mustache or had he shaved? Were his eyes green or hazel? Why can't I remember his face? Why can't I remember his voice?  I was panicking. I think this was what they call "shock" and its one of the many stages of grief. I had no idea how to process what was going on. I was 20 years old. Then I remembered my new camera and the surprise trip to the gas station. On it were 4 photos of him that we had taken that night.

For his service I had this image printed for people to see when they first arrived. He is wearing his work hat, and his favorite plaid jacket. It was him. Family was scrambling to find images of him and none of them were recent. It was a terrible situation to think we might only have our memory of him how he was near the end. A little grizzled, a little gray, but our handsome and lovable Dad.

But I had a secret. I had these last images that we took completely by accident- so mundane I forgot about their existence. As people came in they were moved to tears by this image. Some of the ladies openly wept seeing him how he was at the end. This image brought them comfort. Yes he had a mustache at the end. His eyes were hazel, not green. This was his smile. You can almost hear him saying "Hey Mister", as he often greeted his friends.

I realized where photography belonged. I realized that it wasn't about creating nice images or having something pretty to put on the wall. Photography was meant to help people heal when they lost something that couldn't be replaced. Photography was for remembering time gone by that would normally only exist in memory. Ask your grand parents and great-grand parents what a big deal photographs were and are. THIS is what I wanted to use my talent for.

So, in 2009 I started my photography business. I wasn't great, I don't even think I was good, and back then I was a total shoot & burner but I have spent many years working on bettering my skill and learning how to help my clients and friends create memories that they will cherish for a lifetime. I started out part-time photographing friends and pets, and now I am a full time photographer shooting just about every genre except for weddings. I think I have a secret fear of bride-zillas! I specialize in newborns, children and families and this work couldn't be more fulfilling. When I see beautiful mamas crying tears of joy at the images we captured together I know I have finally found my purpose in this life.

A little over a year ago I applied to be a volunteer for Now I Lay Me Down To Sleep and became a Digital Retouch Artist for them. I am so thankful to be a small part of such an incredible organization. (More on that later). This is what I am truly passionate about, and it allows me to use my talents for a worthy cause.

So this is me. This is my story. This is why photography is important to me, and why I strive to create lovely memories for all of my clients because we never know what tomorrow brings. I am passionate about my craft, and I know I still have a lot of learning to do. Thank you for reading, and for going on this journey with me.